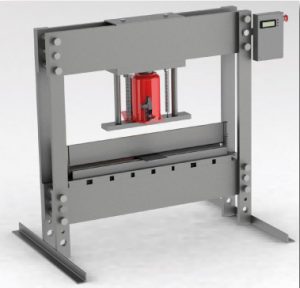 In completing my B.S. in Mechanical Engineering, one of the courses I’ve got to complete is Senior Capstone. In this course you’re given the option of either selecting a project to be apart of, or proposing your own. I had two of my own projects in mind, one being a CNC hydraulic tubing bender. However, I knew due to budgetary constraints that it would not be a feasible project given our recommended budget of $1000. My second idea was to design and build an automated hydraulic press brake capable of bending steel plate of various widths and thicknesses. I submitted my proposal, which was accepted. A fantastic team was soon formed consisting of four other students whom I’d lead through this great engineering adventure.

Our first task was to layout goals for our project and what we wished to accomplish. The primary goals for the machine are:

With some goals in mind, we began roughing out our ideas on paper. 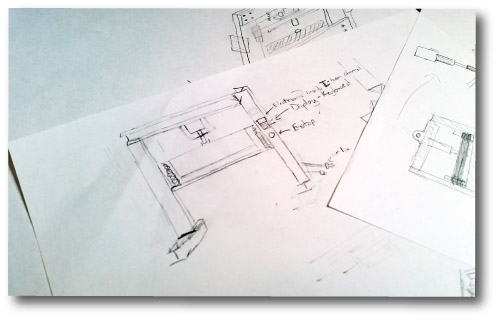 Through multiple iterations of various designs, both on paper and with 3D models using SolidWorks, we reached a design we felt very confident it. The design would utilize a 32-ton hydraulic jack supported by a spring-retained platform just above the press brake. Due to time and cost constraints, we decided to use the 40″ press brake kit available from SWAG Off-Road, which can accommodate steel material up to 37.5″ wide and greater than 1/4″ in thickness. 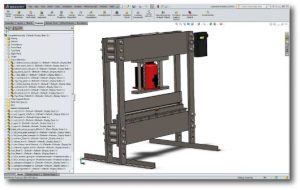 Finite element analysis, or simply FEA, was performed on all of the major machine components, including beams and pins. Both stress and deflection were methodically analyzed using SolidWorks Simulation, with hand calculations to verify. Fortunately the majority of my team was also taking the FEA / advanced SolidWorks course, so that helped with the analysis. 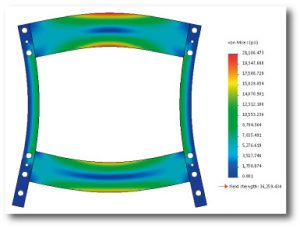 The frame structure was designed using 1″ plate steel, A36. We worked with the skilled team at Pacific Steel in Coeur d’Alene, Idaho, to transform our drawings into parts ready to assemble. They did a fantastic job! They were able to plasma cut the steel and machine all of our pin and mounting holes. 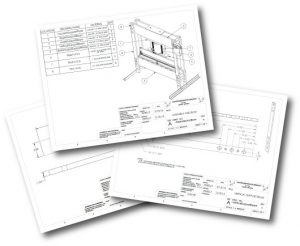 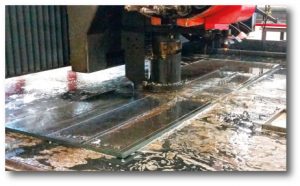 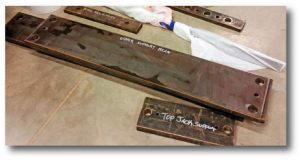 For the automation portion of our project, we built our own control unit based on an Arduino Mega 2560 microcontroller board. Our control box also housed a power supply, cooling fan, relay board and 5v regulator. The great folks at Crystalfontz America, located here in Spokane Valley, WA, were kind enough to sponsor our project with their graphical CFA835 displays. In turn, I was able to write the first publicly available Arduino library to interface with that display model, which they now have linked to their website. 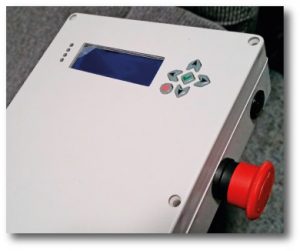 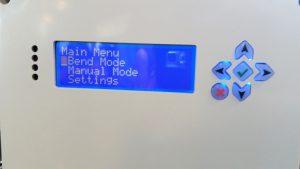 Assembly of the frame structure went along quite quickly, with just installation of our pins and some retaining bolts necessary for completion. We fabricated support feet using heavy-duty locking castor wheels, which have worked quite well! Given this machine will weigh 940 lbs when complete, ease of mobility is important. 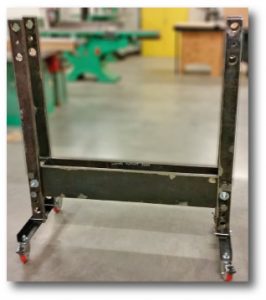 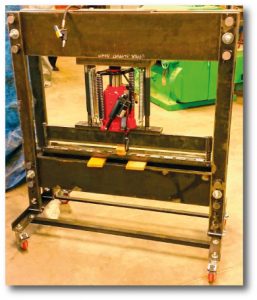 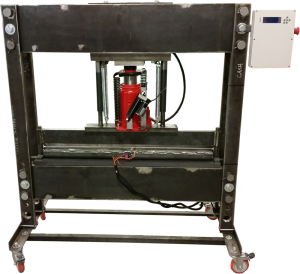 Once the mechanical components were installed, we were able to perform our first bend tests using “manual mode”. The jack is an air-over-hydraulic unit, meaning we could use compressed air to run a small integrated air pump to extend the hydraulic cylinder. The first test went flawlessly! We were left with a near 90 degree bend. However, due to spring back and the fact that our bottom die is fixed at 90 degrees, were are unable to obtain a true 90 degree bend in our current configuration. 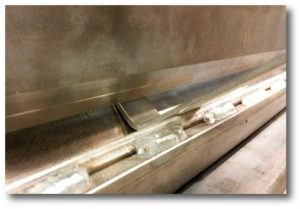 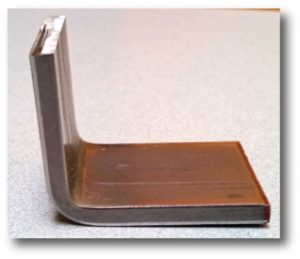 Video of the first test bend:

The sensors for measuring angle that we’re using are inertial sensors (3-axis gyroscope and accelerometer). This was an idea I had from my experience with using inertial measurement boards in the past. There will be two of these sensors, one on each side of the brake. The sensor board is the blue board at the top, which has two brass screws that will be held pressed against the bottom of the material being bent. The arm it is attached to is spring-loaded and the servo helps keep tension on the spring while in operation. The sensors can measure within 0.1 degrees, so they’re more than capable of measuring the 1 degree we of resolution we sought. However, it is still to be seen how they function until the vibrations expected during the bending process. The purpose of having two such sensors is to account for any asymmetrical bending that may occur (one side bending more than the other). This way, we can sum the angles from both sensors to get the true bending angle. 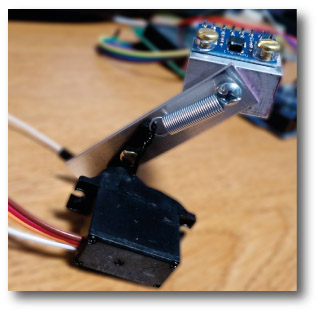 Our completed machine was shown during the engineering “poster presentation”.

I might possibly redo the bend angle sensors using an inexpensive but very accurate rotary encoder to measure the angles. Having since used these, they seem up to the task of measuring the bend angles.