A project I wanted to do required me to roll some steel rings from round rod of varying thicknesses and diameters. I looked at commercial rolling tools and even the cheapest ones, such as the offerings of Harbor Freight, were $80. But they didn’t have exceptional reviews and they would mar 1/4″ rod, something that wouldn’t be tolerated for the art piece I was going to build. So, I decided to build my own.

I had seen several designs online that utilized an ordinary vice, which would cut down on design complexity and cost. I went to work on my own such design, sourcing off-the-shelf components that would be most suitable for the job. Here is the design I came up with:

The primary components here are:

The cam followers have a 0.75″ stud, so I picked-up the appropriate hardware for them locally. There is also a steel arm (1/8″ x ~1″ flat bar) attached to the pulley using two 1/4″ grade-8 bolts, which I tapped holes in the pulley to accept. The who thing simply bolts to the two inside faces of the vice.

Some of the pieces:

Being put to work: 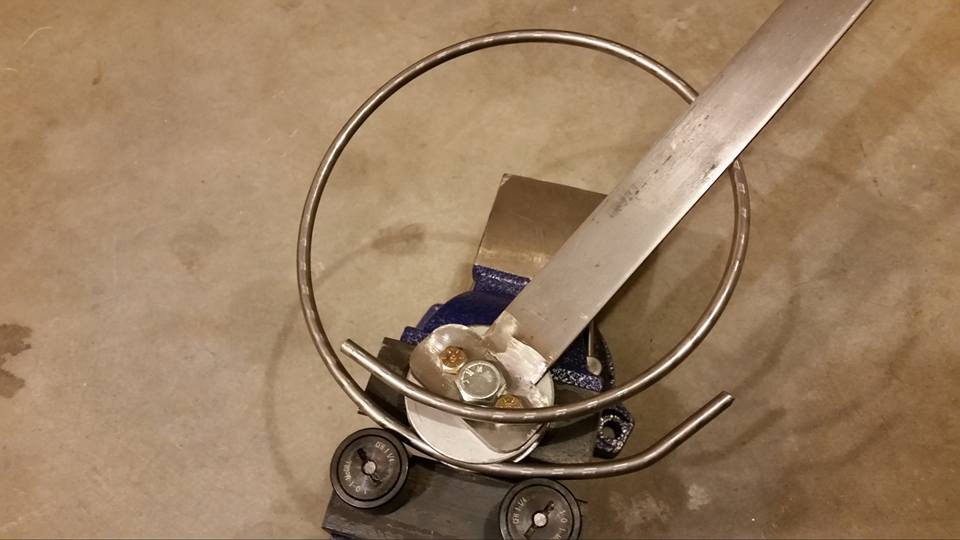 As for rolling tips, the first step is to clean the oil of the rod. Mineral spirits worked well for me. When rolling, don’t try to achieve the final radius in a single pass. I found 2 to 3 passes worked well depending on how tight of a radius I wanted and the thickness of the rod I was rolling. Oil on the rod or trying to do too much of a bend at once may/will cause the pulley to slip.